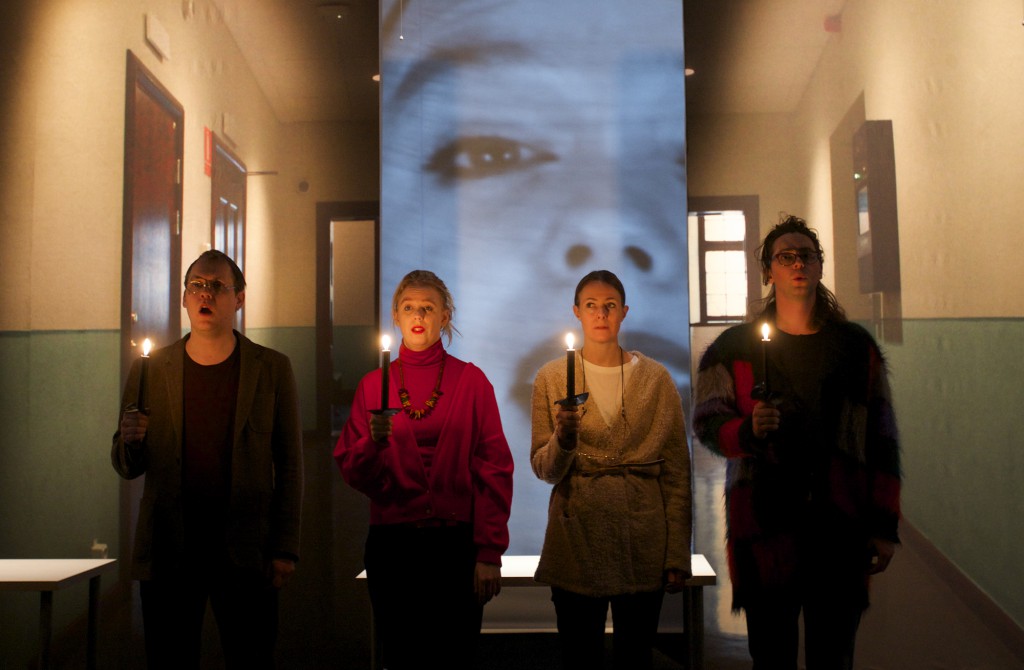 Lumor, in collaboration with Turteatern

No one had noticed any signals. A limp network of social workers, teachers, parents, lawyers and counsellors are trying to understand the terrible event that has happened.

The beloved music teacher, the soccer dad, the toughest guy in class and the school outsider – all of which star in this ’everyday thriller’ about violent men and boys. In the newly written piece People Respect Me Now, the audience is to resolve the puzzle of what did or did not happen, who that carries responsibility, who is set free and what might happen…

The script is based on personal stories and interviews with criminologists, therapists and social workers who work with violent male perpetrators.

The script is available in both German and Russian.